5 STAR REVIEW Taming the Highlander by May McGoldrick 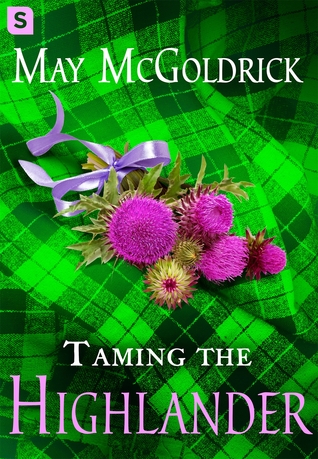 Taming the Highlander
Scottish Relic Trilogy #2
by May McGoldrick
This new historical romance from May McGoldrick pits one spirited lass against her biggest challenge yet: a Highland lord who has no desire to lose his heart.

This new historical romance from May McGoldrick pits one spirited lass against her biggest challenge yet: a Highland lord who has no desire to lose his heart.

Innes Munro has the ability to "read" a person’s past simply by touching them, but her gift comes with a heavy price: her freedom. Forced to stay at desolate Castle Girnigoe, Innes never expects to be drawn to the wounded warrior who haunts its dark passages and challenges her at every turn.

Conall Sinclair, the earl of Caithness, carries the scars of battles with the English and the lash marks of their dungeons, but the wounds that fester within give him even greater pain. Isolating himself from his clan and the rest of the world in a tower perched on the wild Scottish coast, Conall is reluctant to let the spirited Innes close to him, however neither can deny the growing passion that ignites with every look, every touch.

But can Conall ever love a woman who can read his darkest secrets and feel the pain he hides... and can love really tame all fears? As dangerous forces close in, Conall and Innes must take the ultimate leap of faith and forge a bond of trust that will save them both...or lose each other forever.

Book 2 of the Scottish Relic Trilogy hits a 5 STAR home run! The authors continue mesmerizing the readers with a solid well written story of intrigue, mysticism, brokenness within families and love.

This fast paced plot deals with Conall being fractured due to war and injury, Innes who can touch no one and of course families trying to heal and create a world where they can all be happy and loved.

The well thought out plot will keep the reader on the edge of their seat wondering if Conall and Innes can find a way to communicate and open themselves to each other. It was interesting seeing the authors fully develop the compassionate love story part of the plot before they brought in the same evil villain, brutal Sir Ralph Evers from Much Ado About Highlanders book #1 of this series. Also, I thoroughly enjoyed the humor that is interwoven in the story with the marriage of Innes's younger sister, Ailein to Bryce, Conall's younger brother. It was amusing watching those two bicker from the moment of their wedding. The readers will be delighted when they discover what all the bickering was about.

I give this 5 STARS for it's compassionate portrayal of Conall and the interjection of some humor to offset the intensity of the love story.


A copy was gifted in exchange for an honest opinion via Netgalley. 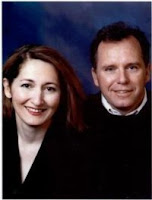 May McGoldrick(a.k.a. Nikoo & Jim McGoldrick)Two peas in a pod, a pair of halfwits, the Laurel and Hardy of romance fiction...Nikoo & Jim McGoldrick were married in St Patrick’s Cathedral in Dublin 68 years ago before a worldwide television audience. After a honeymoon tour of their oil fields in Iran, they embarked on a writing career that has produced dozens of New York Times bestsellers, two Academy Award Winning film adaptations, and a Nobel Prize for Literature. After all this, fortune FINALLY smiled on them and they won the New Jersey Lottery. Taking their two sons, Nikoo and Jim spent a year backpacking through Africa and then seven years in Tibet, teaching the Dalai Lama the subtle intricacies of Scrabble. Upon returning to the States, these two storytellers wrote thirty adult and young adult novels, two of which were RITA finalists and three which were NJRW Golden Leaf winners. They have also written two nonfiction works. Nikoo picked up an engineering degree somewhere along the way, and Jim has a PhD in 16th Century British literature. These two write under the pseudonyms of May McGoldrick, Jan Coffey, and Nicole Cody and they now reside in Watertown, Connecticut.

Posted by Sportochick's Musings at 8:57 PM