Sportochick's Musings ~ Great finish to the Dangerous Passions Series with Evan and Traker stories while sexy Phelan in Bound To A Wolf finally gets what he deserves. 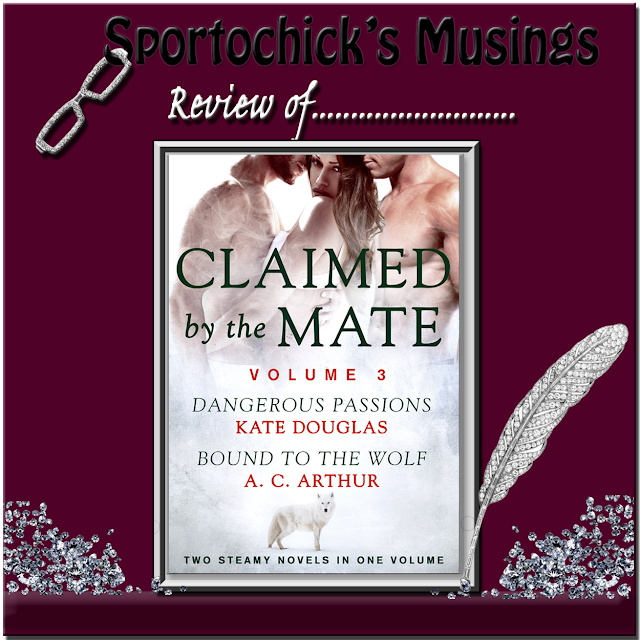 CLAIMED BY THE MATE, VOL. 3
Series
by Kate Douglas and A.C. Arthur

Kate Douglas and A.C. Arthur return with another scorching volume in their Claimed by the Mate series featuring two delicious, unforgettable novels in one!

In Bound to the Wolf, Phelan Sava is a lycan werewolf shifter with a dark side to his soul. He lives for pleasure and revels in pain. But what burns for more than anything is a woman to dominate with his unbridled passion and desperate lust for good. Marena Panos is an attorney with a dark secret that follows her into the mountains and into the bed of a Phelan Sava. And when she is hunted by the feral beast that ravishes her body and claims her soul, Marena has no choice but to give in with no intention of ever looking back.

Dangerous Passions by Kate Douglas ~ Evan finally gets his story and for him it is perfect. Of all the men in this series Evan was the quietest and hardest to get a feeling for but in this book he finally shows his true colors. The reader will be excited to see how he ultimately meets someone who gets his wolf all excited and how they work together to protect someone they care about.

Traker for me seemed the hardest to match and throughout this book you see his obstacles in finding someone that can meet all his alpha needs as well as satisfy his wolf. The author did a superb job of finding someone that adds lots of interest to this story and draws his interest.

Secondary characters are the people from the previous two books as well as some new villains to add lots of intrigue. Hopefully you've read the first two books so you can enjoy seeing how their lives evolved. But this can be read as a stand alone in my opinion.

Kudo's to the author for the great ending to a sexy, entertaining series!

Bound to the Wolf by A. C. Arthur ~ Marena is very complex and the situation she falls into is beyond anything she wants to deal with or understands. Her desire to control all things is displayed in a manner that is not annoying or overbearing. The author does a brilliant job with the development of her character as well as Phelan's.

Phelan enthralled me in the other books to this series and I have been patiently waiting for his story. What I liked about him was how messy his life was and how he is much more then the reader originally gives him credit for. I was intrigued by his back history and what drove him as well has his connection to the Gods.

The reader will love the ending and be quite satisfied. I hope you have read this series....it's very good but if you haven't you will still love this book about Phelan and Marena.

Kate Douglas ~ Some people just seem to know they are meant to write, but it can still take a while to figure out exactly what their career will entail. Kate Douglas started out writing radio copy for a country western radio station in 1972, wrote and illustrated an educational cartoon strip for the American Mosquito Control Association for a number of years, was a newspaper reporter for a small town weekly where she covered everything from high school sports to drug busts, and then, in the mid-1980s, decided to write her first romance.

A. C. Arthur was born and raised in Baltimore, Maryland where she currently resides with her husband and three children. An active imagination and a love for reading encouraged her to begin writing in high school and she hasn’t stopped since. 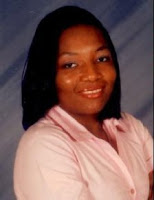 Working in the legal field for almost thirteen years now she’s seen lots of horrific things and longs for the safe haven reading a romance novel brings. Her debut novel Object of His Desire was written when a picture of an Italian villa sparked the idea of an African-American/Italian hero. Determined to bring a new edge to romance, she continues to develop intriguing plots, sensual love scenes, racy characters and fresh dialogue—thus keeping the readers on their toes!

During the course of her writing career Artist has won the YOUnity Guild’s Best New Drama and Romance Author Award in 2005/06; been nominated 3 years straight for EMMA Awards, with the fourth time being a charm she took home the 2007 EMMA Award for Favorite Romantic Suspense; and has also received her first Romantic Times Reviewers’ Choice Award Nomination for Best African American Romance. She is represented by Christine Witthohn at Book Cents Literary Agency, LLC