REVIEW Fire Away by R.L. Syme 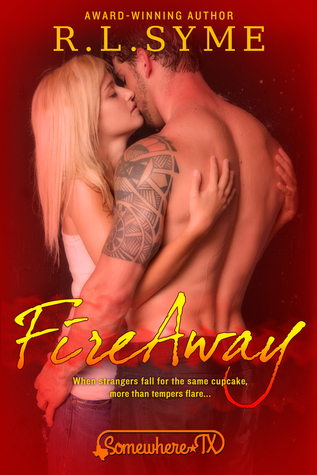 Fire Away
Line of Fire #1
by R.L. Syme
When two people fall for the same cupcake, more than tempers flare...

When two people fall for the same cupcake, more than tempers flare...

Claire Milton moves back to Somewhere, TX with her life in shambles. She lost her job, her savings, and the support of her parents. But she has an idea that will put everything back on track. And she needs Meg Klein's help. The MatchBaker. When Claire attends her scheduled taste-testing at Meg's Bakery in Old Town Somewhere, TX, she doesn't expect to have company, let alone her first crush.

And what a crush he was.

Strapping fireman, town sports hero, all around hunky and currently quite single. So what is Aidan doing at a wedding cake tasting?

Captain Aidan Conley doesn't get out much. He's been mostly in limbo, trying to avoid the town gossips who only want to talk about him and his late wife. When doing his sister a favor puts him in the path of Claire Milton, his high school best friend, he can't stop thinking about how much he wants to kiss her. But when a cold case at the fire house puts his career in jeopardy and Claire is the only person standing between him and a life sentence, he has to put his feelings aside and fight for his life.

But a fireman who knows entirely too much about how to investigate fires must be under suspicion when his wife dies suddenly in a house fire. Even if they were the happiest couple on earth. So when Claire discovers evidence that they weren't as happy as they seem and it casts a light on Aidan she doesn't want to admit, she has to choose between her resurfacing feelings and her own safety...

This is a well written heart warming story about lost love, broken dreams, redemption and love.

Right off the bat I was in love with Captain Aiden Conley and the reader will be as well as they read about his involvement in the cold case of his wife and the chain of events that changed his life. Meanwhile, his past relationship with Claire will surprise the reader and start a chain of events that will shake up Claire's family. I can't imagine how he lived for all those years avoiding people in a small town in regards to this situation. I myself live in a small town and really it is hard to stay hidden.

Claire's personality is delightful in her belief that no matter what she will help Aiden prove he is innocent before she leaves again. A very determined lady, she plows forward to seek anything possible to help solve this case.

Aiden and Claire's characters are both strong and fully developed which aid the strong plot to this book. With some intrigue thrown in to add more interest the reader will be fully satisfied by the end of the book.

Secondary character Deputy Allan VonBrandt may cause people to pause if they have read any of the VonBrandt Family Series by Krystal Shannon. I love how these authors interwove their stories and look forward to more books.

I give this 4 STARS for the well written interaction between Aiden and Claire. 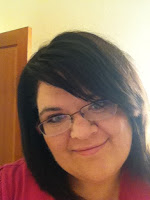 Posted by Sportochick's Musings at 10:09 PM