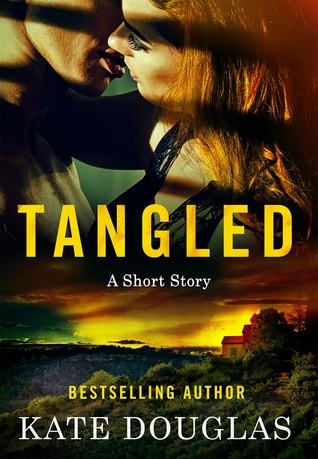 Tangled
by Kate douglas
Cassie as a temptation, Nate doesn't stand a chance.

Nate shows up to work at Tangled Vineyards ready to do what he loves best—craft award-winning wines. But when something better comes in the form of Cassie, the winemaker and former owner, Nate is completely love-drunk. Getting involved with Tangled's mixologist is a bad way to start off a new job, but with Cassie as a temptation, Nate doesn't stand a chance.

I was first introduced to Nate and Cassie in Intimate from the Intimate Relations series. In that book I became very curious about these two characters and I was excited to see this short story come out explaining their back story. The author does a great job in this short story of creating fully developed characters that are both exciting and interesting. There is definitely some intrigue as well with a secret her father is keeping.

The reader will enjoy this story because they can read it in one sitting when they don't have a large block of time to read but like to read in one sitting.


A copy was gifted in exchange for an honest opinion via Netgalley.

Some people just seem to know they are meant to write, but it can still take a while to figure out exactly what their career will entail. Kate Douglas started out writing radio copy for a country western radio station in 1972, wrote and illustrated an educational cartoon strip for the American Mosquito Control Association for a number of years, was a newspaper reporter for a small town weekly where she covered everything from high school sports to drug busts, and then, in the mid-1980s, decided to write her first romance.

Posted by Sportochick's Musings at 10:17 PM