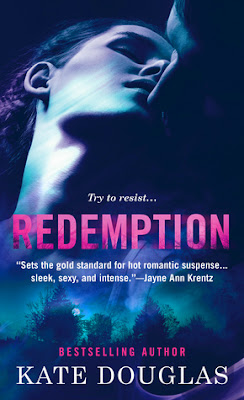 From bestselling author Kate Douglas comes a breathtaking tale of unraveling secrets, heart-stopping passion, and a love that conquers all...SECRETS THREATENING TO CONSUMELola Monroe knows that appearances can be deceiving—even in the most beautiful of places and angelic of faces. She's seen how the ugliest rumors and lies can destroy women's lives and careers. So when roommate's brother-in-law shows up at Lola's doorstep—unannounced, unassuming, and unbelievably gorgeous—she can't help but wonder if he's hiding something behind that handsome face, that sly smile, and those tempting lips...PASSION WORTH FIGHTING FORA battle-scarred veteran with devilish looks, Ben Lowell has spent his entire life running from his past, his family—and his deepest, darkest secrets. When he meets Lola, he knows in his heart he can trust her with the truth, even if it means baring his soul and losing her forever. Lola wants to help Ben find redemption by reconciling with his family. But when she discovers more skeletons hiding in his closet—and more dangers waiting in the shadows—the powerful love that binds them together could be the one thing that tears them apart...

At the end of Intimate, book 1 of the Intimate Series, Jake's brother Ben is introduced and by that point all I could say was that there was nothing appealing to me about him. But that didn't stop me from wanting to know his story.

Wow can this author change ones viewpoint in a mind-blowing and sensitive manner. He character is written as a broken person seeking redemption and as the plot goes on you watch him develop a refined character through love, family and forgiveness.

This book will keep the reader involved in the extremely believable plot with multiple finely developed characters interweaving throughout the storyline. The main characters are Ben and feisty Lola. Lola and her sister Mindy are Kaz's roommates and are key parts to this series.

Once again there is intrigue and tons of exciting danger with lots of twists and turns till you get to the end and feel like you got off a rollercoaster of excitement.

I recommend you read this series and I look forward to I hope the next in series involving Marc and Mandy. Notice how I said hope because I think they belong together but one never knows what an author has up their sleeve.

Some people just seem to know they are meant to write, but it can still take a while to figure out exactly what their career will entail. Kate Douglas started out writing radio copy for a country western radio station in 1972, wrote and illustrated an educational cartoon strip for the American Mosquito Control Association for a number of years, was a newspaper reporter for a small town weekly where she covered everything from high school sports to drug busts, and then, in the mid-1980s, decided to write her first romance.

Posted by Sportochick's Musings at 7:27 PM