Sportochick's Musings ~ WOW, this was not what I thought it would be. It was very good and not a predictable read or the same old, same old. 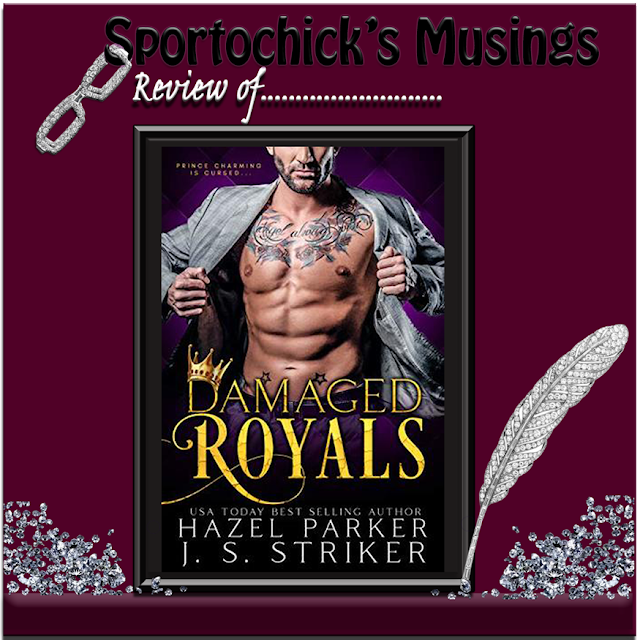 Two princes. One curse …
And one woman who can help them break it.

Liz is barely making it.
Working four jobs to take care of herself and her brother.
When an injured prince lands on her doorstep,
she has no choice but to help him.
Soon she’s caught up in a world of intrigue and deception.
A victim of royal politics
and royal disdain.
But the chemistry between her and the queen’s stepson can’t be denied,
no matter how hard they try.
When the queen steps in to tear them apart,
will they claw their way through the layers of lies?
Or will deception rule the kingdom?

WOW, this was not what I thought it would be. It was very good and not a predictable read or the same old, same old.

In this story the Authors create a world where make believe becomes reality with a new spin. Rich with detail the reader will be enthralled with both of the male main characters as well as hard working Liz and her younger brother Kyle.

Prince Ben is just dreamy, gentle and caring and his attention to Kyle was heartwarming. He has a heart of gold as well as an obsessive behavior that would turn off some women and draw others in. I fell for him in the first few pages and his attention and care for Liz put him as the front runner of the two men for her heart.

Lucas, Prince Ben's bastard brother, is dark, unfriendly and dangerous. He spends his off time drinking to deal with his horrible situation but don't let that distract you from falling for him. His hidden secrets are unusual and presented in a manner that will intrigue any reader. To be honest he drew me in quickly because he seemed like the bad boy. And we all know how women love the bad boy.

Liz is my kind of intelligent strong resourceful woman. Having grown up with a troubled childhood she was protective of her younger brother doing whatever it takes to keep him safe. Sometimes three jobs but never using her body. So I never looked at her as someone with no values willing to do anything for a buck. Her values come through at the end of the book and the decision she made while talking to the Queen was superb.

Though I am not sure that the reader will be shocked with the ending it sure was tear worthy.

I give this 4 stars for being a well plotted paranormal love story that made me cry with happiness.

Posted by Sportochick's Musings at 10:01 PM No comments: