The United States of Books the State of New Jersey 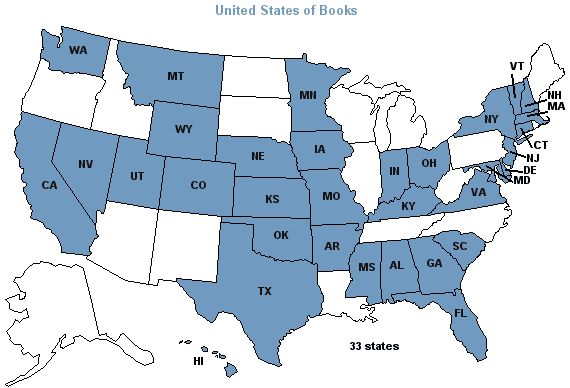 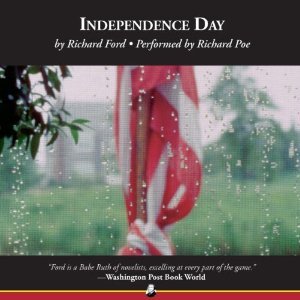 ~ Synopsis from goodreads ~
A visionary account of American life--and the long-awaited sequel to one of the most celebrated novels of the past decade--Independence Day reveals a man and our country with unflinching comedy and the specter of hope and even permanence, all of which Richard Ford evokes with keen intelligence, perfect emotional pitch, and a voice invested with absolute authority.

~ Review ~
Independence Day by Richard Ford, narrated by Richard Poe, is one of those novels in which readers can be frustrated, as the main character, Frank Basscombe, often scurries along tangents just when the narration appears to be going somewhere relevant. Poe does a good job of narrating this character. He's a divorced man who lives alone in his former wife's house in Haddam, N.J., and he's entered the real-estate game. He barely sees his children, still wants to hang onto his newly married ex-wife, but also says that he loves his girlfriend.

Basscombe tells the truth as he sees it in that moment, but from moment-to-moment that truth can change. He's not steady in his beliefs, and much of that is because he's clearly in the midst of a crisis. He's unsure of his own direction and his own place in life and in his family. On a trip with his son to the Basketball and Baseball Halls of Fame, Basscombe makes a concerted effort to be someone to at least one somebody -- his son. However, like him, his son is going through a period of unease, as he's unsure how to be and act, and he's trying on different hats -- some of which raise concern with his mother about his mental stability.

In many ways, Basscombe and his son's inability to stand firm and find their own peace in the world mirror the wishy-washy perception of New Jersey -- which ET calls a suburb. The view of New Jersey can be its industrial gas and oil farms or the fact that it is the neighbor of New York, a place where those who work in the city come to escape the fast-paced life and find some green.
It's hard to believe that there are four books about this character, given his disinterest and disdain for everything. Independence Day by Richard Ford, narrated by Richard Poe, is one man's search for a final independence -- he's looking to free himself from the ties that bind him to his ex-wife, trying to carve out a new career, and to find some direction for his own life without being hampered by the past. 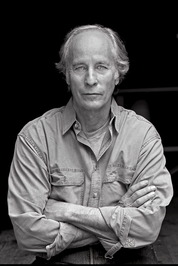 About the Author: Richard Ford is a Pulitzer Prize-winning American novelist and short story writer. His best-known works are the novel The Sportswriter and its sequels, Independence Day and The Lay of the Land, and the short story collection Rock Springs, which contains several widely anthologized stories.

Posted by Sportochick's Musings at 4:00 AM