Sportochick's Musings ~ For me the strongest point made by this book is that mistakes shape one's character making them someone to admire. 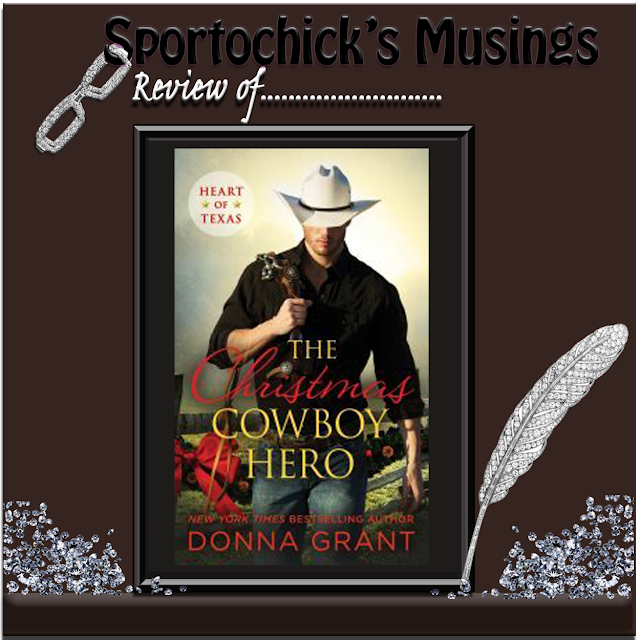 New York Times bestselling author Donna Grant returns to Texas, where a small-town legend just might find the greatest gift of all. . .

’Tis the season for ex-Navy SEAL Clayton East to come home for the holidays—even if the mood at home is anything but festive. His father is ill. The East Ranch is in financial trouble. And now it’s on Clayton, the prodigal son, to make sure his family doesn’t lose everything.

Headstrong Abby Harper is like a mother to her younger brothers, who she’s helped raise since she was a teenager. Keeping them in line is no small task while she’s also working toward her college degree. And now that one of her brothers has been arrested for stealing cattle at the East Ranch, Abby is at her wit’s end. But there is a silver lining: Clayton East. He believes in second chances, and is willing to give one to her brother this Christmas. Letting beautiful Abby—and the inescapable longing in his heart—off the hook, however, is a whole ’nother story. Could it be that the woman of this local hero’s dreams has been back at home all along?

I love stories involving the holidays especially when they involve two lost people finding one another. This is a heartfelt story about a sister who loves her brothers and raises them against all odds. This story spoke to me in an intense manner as I helped raise my siblings so I connected very strongly with Abby's trials and tribulations in growing up too fast and giving up dreams. I also got how much she loved them and wouldn't change anything.

This is well written and contains a lot of life lessons for every character in the story as well as the reader. What impressed me about this book was how the author presented consequences from actions taken with original good intent and how it snowballs as time goes on causing great harm. Also how others grow from these mistakes made by others showing the reader that sometimes mistakes can bring about great change, forgiveness and a life you will love. For me the strongest point made by this book is that mistakes shape one's character making them someone to admire.

I give this book 4.5 STARS for the impact it makes on both the families involved.

My Reviews Of The Heart Of Texas Series
The Christmas Cowboy Hero #1 - My Review
Cowboy, Cross My Heart #2 - My Review
My Favorite Cowboy #3 - My Review
A Cowboy like You #4 - My Review 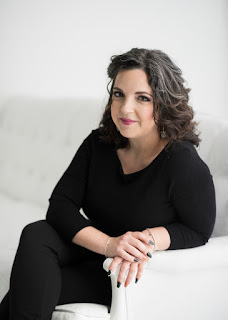 Her childhood dream was to become a professional ballet dancer and study under the amazing Mikhail Baryshnikov. Though she never got to meet Baryshnikov, she did make it to New York City and performed in the Macy’s Thanksgiving Day Parade. Later, Donna’s love of the romance genre and the constant stories running through her head prompted her to sit down and write her first book. Once that book was completed, there was no turning back.

Donna sold her first book in November 2005 while displaced from Hurricane Rita, a storm that destroyed portions of the Texas Gulf Coast. Since then, Donna has sold novels and novellas to both electronic and print publishers. Her books include several complete series such as Druids Glen, The Shields, Royal Chronicles, Sisters of Magic, Dark Sword, Dark Warriors, and her new series, Dark Kings.

Despite the deadlines and her voracious reading, Donna still manages to keep up with her two young children, four cats, three fish, and one long haired Chihuahua. She’s blessed with a proud, supportive husband who loves to read and travel as much as she does.

Posted by Sportochick's Musings at 9:31 PM