Sportochick's Musings ~ Due to the ending and moral of the story I give it 4 STARS. 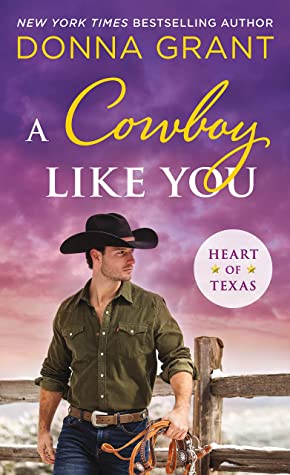 In the Heart of Texas, a heartthrob cowboy may get his second chance at love…

Danny Oldman, the handsome Lone Star sheriff, is still single. He tells himself, and anyone who asks, that he is married to his job―and what matters most is keeping the people of his beloved Texas hometown safe. The truth? Danny still hasn’t gotten over his high school crush. She moved away after graduation and took Danny’s heart with her.

Skylar Long never thought she would have to flee Houston and return home―where it all began for her. But that’s what happened after the man of her dreams turned out to be an actual nightmare. Now, Skylar is desperate to escape her obsessive boyfriend. Nothing shocks her more than seeing Danny again and realizing that their long-ago attraction is more powerful than ever. But can she and Danny find a way to fight against Skylar’s wealthy, powerful ex who is dead set on tearing them apart?

This story opens quite dramatically with Skylar trying to escape her absolutely scary boyfriend. Fortunately for her she has a witness and from the beginning of this story she has to hide for her life.

Domestic abuse is a real thing and in this story the author does an outstanding job of portraying the everyday fear that these victims live with. Her writing feels real and causes an anxiety within the reader much like Skylar's. Skylar understands how she got where she is but sometimes understanding comes almost too late. In this book she is never shown as weak even though sometimes defenseless and scared. I felt her growing stronger and not willing to put up with the ex was handled in a believable manner.

Danny Oldman, the handsome Lone Star sheriff remembers Skylar from his youth. In fact, he has never forgot her. Reading this series, I always wonder who the woman was that got away and this book solves that question. It also shows how nice people can lose out of a relationship because they don't feel good enough.

As with any book written by author Donna Grant there is a lesson learned. So people jump off the cliff! Don't be afraid to put yourself out there and try.

Due to the ending and moral of the story I give it 4 STARS.